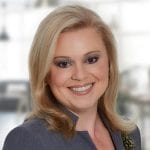 Andrea serves as our Legal Affairs Advisor, where she offers her legal expertise in the form of public relations, training videos, blogs, guest presentations, and more. She has more than 20 years of experience in the legal field and has received multiple awards and recognitions for her work.

The CDC estimates that one out of every ten people age 60 and older who live at home have experienced elder abuse. And that number may be much higher, since elder abuse often goes unreported. While seniors can fall victim to strangers in situations like work-at-home scams, elders are much more likely to suffer at the hands of someone they know and love. Adult children are most likely to be the abusers, followed by other relatives, such as spouses.

The Role of an Elder Law Attorney in Spotting Elder Abuse

Abusers are often very successful in isolating victims, making them doubt their own recollections of mistreatment. Elder abuse victims often feel a deep sense of shame, especially if they are being abused by a loved one. Speaking to an elder law attorney in a confidential setting may help give them the courage to come forward, even if they present for a different reason. Elder abuse victims often experience difficulty paying their bills, often due to financial exploitation being committed by their abuser, so clients may come to you seeking help on foreclosure or evection defense.  Estate planners report that many abusers will also request consultations on their victim’s behalf and then try to coerce their way into the meeting in an effort take control of the victim’s will, bank accounts, and other assets.

What can you do as a lawyer? If you suspect abuse or coercion, make sure to meet with your client alone. If they are accompanied by the suspected abuser, ask that individual to step outside the room for a few minutes. Let them know that you need to ask your client a few personal questions and you need to meet with them one-on-one to protect their confidentiality. If being asked to step out of the room leads to hostile comments or body language by the suspected abuser, your suspicions may be correct.

Even when you do discover that elder abuse is occurring, it’s very important to take direction from your client on how they want to proceed. Abuse victims have often had their decisions made by the abuser for long periods of time. Ensuring that your client feels heard and understood goes a long way in helping them re-establish their autonomy.

If your firm does not handle the areas of law in which your client may need help—such as seeking a domestic abuse injunction or divorce—be thoughtful in your recommendations and referrals. Offering to help them find an attorney and being willing to brief that attorney so the client can limit how many times they have to divulge painful details can go a long way toward ensuring your client gets all of the help they need.

Signs that an older person is the victim of acts of violence may include:

More specifically, signs of possible sexual abuse may include:

Emotional or psychological abuse is possible if the older person:

Signs of neglect or abandonment may include:

Signs of financial exploitation include: