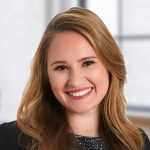 As Legal Content Specialist, Alisa is responsible for developing content related to the estate planning and elder law industry, including blogs, case analyses, white papers, and more. She has prior experience as a Benefits Planner and a probate and estate planning paralegal.

A recent case out of Cumberland County, New Jersey has provided clarification regarding the effective date of an applicant’s eligibility for benefits when an Immediate Irrevocable Election Form is utilized in combination with the purchase of a Medicaid Compliant Annuity (MCA). Read the full decision.

Laying out the Case Facts

Shortly after entering a skilled nursing facility in January 2021, the Petitioner and their spouse purchased a Medicaid Compliant Annuity as part of their Medicaid spend-down efforts. The MCA was issued with an effective date of May 20, 2021, and a first payment date of June 5, 2021, to be paid out over a six-month term. Following the purchase of the MCA, the couple submitted an application to Medicaid requesting approval for benefits effective June 1, 2021.

Read More: Gathering the Case Facts: The Information Needed to Secure an MCA

The Issue at Hand: The Free-look Period

However, at the time that the annuity application was executed, the Petitioner had also signed an Immediate Irrevocable Election Form voluntarily waiving the free-look period requesting that the policy become immediately irrevocable. While some states accept this form as a true waiver of the free-look period, the New Jersey Medicaid agency has not. Therefore, despite the execution of the Immediate Irrevocable Election Form, the agency determined that the Petitioner would not be eligible for benefits until July 1, 2021, based on the 30-day cancellation provision.

The Court determined that according to N.J.S.A. 17B:25-39 and following the specific approval of the Commissioner of the New Jersey Department of Banking and Insurance of our exclusive carrier’s Immediate Irrevocable Election Form, the annuity should have been considered immediately irrevocable as of the issue date. As such, the Petitioner should have been approved for benefits as of June 1, 2021. Upon review, the Administrative Law Judge reversed the agency’s determination.

What it Means for New Jersey

This decision provides future applicants who elect to waive the thirty-day cancellation period of the annuity contract the opportunity to accelerate their eligibility for benefits without planning around the free-look period. By enforcing the policy’s immediate irrevocability as of the issue date due to the implementation of the Immediate Irrevocable Election Form, the Department has set the standard for how an applicant’s eligibility effective date should be calculated. This is a big win for attorneys and their clients in New Jersey!

If you have questions about navigating the free-look requirements in your state, contact our office or request a complimentary analysis with one of our Benefits Planners today!