Massachusetts Update: Is the State Entitled to the Remainder of a Community Spouse’s Annuity? 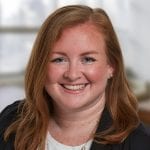 A consolidated case, EOHHS v. Mondor, is before a Massachusetts appellate court to resolve a series of disputes involving annuities purchased by the community spouse of a Medicaid recipient. The court will ultimately decide if the remaining balance of the annuity is due to the state upon the community spouse’s death or if the proceeds should go to the spouse’s beneficiaries. The case will hinge on the court’s interpretation of the “sole benefit” rule and the Deficit Reduction Act provisions relating to annuities. The resulting decision will have a significant impact on Medicaid planning strategies in the state of Massachusetts.

Executive Office of Health and Human Services v. Linda Marie Mondor and Others

When their spouses entered the nursing home and applied for MassHealth, two community spouses, Edward Mondor and James Castle, purchased MassHealth Compliant Annuities. In order to maintain compliance with state law, Mondor and Castle each named the state as a beneficiary of the annuity contract up to the amount of benefits paid on behalf of the institutionalized spouses. Both Mondor and Castle passed away before the end of their annuity terms, leaving a remaining balance on the contracts subject to the claims process. The claims process thus resulted in the disputes, giving rise to the consolidated appeal.

When the state filed claims on the remainder, the beneficiaries of both Mondor’s and Castle’s estates filed competing claims, arguing that annuities for the sole benefit of the community spouse are exempt from naming the state as the remainder beneficiary. The state claims this argument would result in a loophole allowing married couples to shelter their assets from Medicaid.

If you’re interested in following this case, you can find the docket here.

Other Updates Regarding Community Spouse Annuities in Massachusetts

Community spouse annuities have been a hot topic in Massachusetts for the past few years. In January 2020, the state ruled that as long as the annuity is purchased for the sole benefit of the community spouse, the state does not have to be named the primary beneficiary. The Dermody v. Executive Office of Health and Human Services decision proved to be favorable for Massachusetts practitioners and their senior clients since it allowed many of them to preserve more assets for future generations. Read more about the Dermody case here.

However, just a few months ago, a trial court held that MassHealth must be named the primary beneficiary on community spouse annuities. The American National Insurance Company v. Breslouf decision had a major impact on Massachusetts attorneys who had been operating under the Dermody decision for several months. Read more about the Breslouf case here.

Fortunately, no matter which decision holds through the latest appeal, our team at Krause Financial Services offers MassHealth Compliant Annuities with terms as low as two months. Therefore, Massachusetts practitioners can work with us to help their clients reduce the risk of estate recovery on community spouse annuities. For more information about how we can help or for guidance on a specific case, don’t hesitate to reach out to our team at Krause Financial Services!

HAVE A CLIENT IN NEED?
START A CASE AND GET A FAST, FREE,
NO-OBLIGATION PROPOSAL
START MY CLIENT CASE
Are you a?